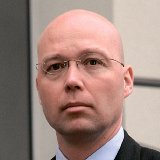 President at European Organisation of the Sawmill Industry
Position

Join Lesprom Network and get access to the complete profile Sampsa Auvinen. It is completely free!

Having joined the community Lesprom Network:

The European sawmill industry as impacted by the Covid crisis

When in late February 2020 it became apparent that the Covid-19 virus would wreak havoc not just in China but across the world many operators in the sawmill industry thought that a prolonged crunch was looming. However, things turned out to be better than expected for many businesses across Europe due to a number of social trends.

For a start, the abrupt changes that the pandemic caused to the working and consuming habits of people were mostly in favour of our industry. The DIY sector has been experiencing an unprecedented boom on both sides of the Atlantic Ocean as people spent more time at home. The renovation sector has also benefited from people working from home. Where possible also spent more time at their summer or second homes and were catching up on renovation projects. Online shopping was on the rise already before the pandemic and the crisis has remarkably accelerated this development to the benefit of the packaging industry.

The construction industry remains the big driver of sawnwood consumption. 2020 was a very peculiar year across Europe as most of Southern Europe, France and the UK saw double-digit slumps in the construction sector – the UK lost as high as 20%. This had obviously a negative effect on local mills or sawmills very exposed to those markets. However, countries in Central Europe, Nordic and Baltic regions always kept their construction sites open and they basically did not see any decline in construction output. The sawmill industry as a whole, being comparatively stronger in Central and Northern Europe, took advantage of the relative strength of the economy in these countries. While there is usually quite a strong correlation in EU GDP growth and sawnwood production growth, in 2020 the EU GDP is projected to plummet by 6.3% whereas figures collected by the European Organization of the Sawmill Industry point to a decline of sawn softwood production of 3-3.5%.

An increasingly important driver of sawnwood consumption is also exports to overseas markets. Again, 2020 was a peculiar year. The Chinese market recovered much faster than most observers expected, and many Central European sawmills have seen deliveries to China reach record high levels. Sweden was very competitive throughout the year in China, while Finnish deliveries were subdued. The US market was red hot as well with timber prices in September reaching unprecedented levels, and after a decline in the Autumn, prices are up again, and expectations are positive for the coming months. Sweden and Germany remain the largest exporters to the US, but many European countries saw double-digit increases of shipments to the American market. European players are looking to gain a consistent, long-term foothold in the US as Canadian supply is expected to decline over the course of this decade. Japan and MENA were, conversely, more difficult markets in 2020, but the pull of China and the USA made up for weaknesses elsewhere, with some sawmills deciding to move volumes to the USA from MENA.

Overall, markets have remained buoyant in the last months, with strong demand and low stocks at the sawmills and whole supply chain, resulting in unprecedented price increases. While the industry has navigated well the last extraordinary year, uncertainty remains high. The structural decline of the graphic paper industry as well as the increasing preference of the panel industry for recycled wood as raw material is making it more and more difficult to sell by-products for many mills – and by-products are crucial to have positive margins. In the medium and long-term we also expect supply challenges. Over the last four summers extraordinary quantities of beetle-damaged wood (spruce in particular) flooded the market, especially in Central Europe. There was not enough capacity to process such huge quantities on the market and, according to the latest estimations, 15 million m3 of softwood logs were delivered to China from Europe in 2020 (+86% vs 2019). Until some years ago softwood logs deliveries to China were irrelevant. The logs bonanza was positive for Central European mills as the local raw material prices – which in the region are historically above the average – went down while demand was consistently strong. However, in the medium and long term there might be a logs shortage in Central Europe with declining quantities of available spruce logs. This might result in industry consolidation with effects felt not just in Central Europe but across the continent.

As vaccines are being rolled out it will be interesting to see if the societal trends mentioned at the beginning of this article will be sustained in the long-term. As it looks very likely that homeworking will become a long-term option in some sectors, we can expect companies investing less in office space and office furniture and increasing digitalization. While pan-European data is missing about the renovation sector, in the US there is evidence that the repair and remodelling sector is an increasingly important end use of sawnwood. The EU with its Renovation Wave strategy has made it clear that wood as an organic and renewable material can play an important role not only in the new build sector. Also, wood as a building material is gaining market share in some European countries: for example, in Germany in 2019 new residential permits with predominantly used building material wood reached almost 19%, up 6 percentage points from a dozen years ago.

As government stimulus will be phased out at some point it will be important to see how this will impact the consumer propensity to spend and as a result the effect that this will have on our sector. Yet baseline demand for the products of our industry looks solid during 2021. However, the events of 2020 and a challenging geo-economic landscape should caution against excessive optimism for 2022 and beyond.

Comment   I like
To like this you need to register.
To do this, enter your name and email address.
Show all comments (0)
We welcome comments that advance the story through relevant opinion and data. If you see a comment that you believe is irrelevant or inappropriate, you can flag it to our editors by using the report abuse links. Views expressed in the comments do not represent those of Lesprom Network. For more information on our comment policy, see: https://www.lesprom.com/legal/comment_policy/
Our website uses cookies to make your browsing experience better and more personal. By using our site, you agree to our use of cookies. You can read our Cookie Policy and Privacy Policy. This website uses 'cookies' to give you the best, most relevant experience. You can read our Cookie Policy and Privacy Policy.
Marketplace Products and Services Tenders
News & Events News by Topic Wood Markets News Press releases Industry Events Archives
Directory All companies By Products By Countries By Activity By Certification Premium members
Market Research Lesprom Analytics Prices for wood panels Prices for sawlog and pulpwood Prices for lumber Biofuel Woodworking Wooden houses Furniture Pulp & Paper Forestry and logging
Career All Vacancies All Resume Add Resume
Lesprom info Membership options About us Contact us Advertise on Lesprom
EnglishРусскийDeutsch中文(简体)
Back to top