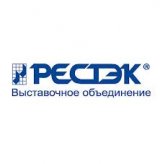 Meeting of Organizing Committee of the exhibition of logging equipment Interles: Karelia 2013 (June 25–27, 2013) was held in Petrozavodsk

February 26, 2013 – More than 50 companies have already expressed their intention to participate in the international specialized exhibition Interles: Karelia to be held June 25-27 in Petrozavodsk.

Logging and road construction machinery, fire-fighting equipment and vehicles, unmanned aerial vehicles, wood waste disposal equipment, transportation equipment, hydraulic manipulators and loaders, mobile sawmills will be presented by leading manufacturers: Ferronordic, Volvo, Palfinger, Vermeer, Novtrak, Traktorodetal, V-Kran, Baltrotor, etc. In 2013, it is planned to allocate seven demonstration sites. For comparison, only one demonstration site was used in 2011. This was said at the meeting of Organizing Committee of the exhibition Interles: Karelia which was held February 18 in the Government of the Republic of Karelia.

The meeting of Organizing Committee was chaired by the Head of the Government of Republic of Karelia and Chairman of Organizing Committee A.P. Hudilainen. Discussion on preparation of the exhibition and the business program was attended by: the Head of the Federal Forestry Agency V.N. Maslyakov; Deputy Head of the Republic of Karelia, Minister of Economic Development of the Republic of Karelia V.Y. Chmil; Acting Head of the Ministry of Nature Management and Ecology of the Republic of Karelia E.V. Sabaeva, Deputy Chairman of the Committee for Economic Development, Head of Economy and Investment policy of Petrozavodsk City Administration S.A. Filin; Vice-President of the Union of Timber Manufacturers and Exporters of Russia, General Director of Tsentrlesexpo T.R. Irtuganov; General Director of RESTEC® Exhibition Company CJSC I.P. Kirsanov; Rector of FSBEI HPO Petrozavodsk State University A.V. Voronin; Pro-Rector of FSBEI HPO Petrozavodsk State University for administrative work L.V. Bezlatnaya; Director of LLC URALSIB Leasing in Petrozavodsk A.L. Kotov; General Director of OOO DOK Kalevala V.V. Puchkov and Head of RESTEC® Department of Forestry Exhibitions M.Y. Dmitriev.

Head of the Federal Forestry Agency Viktor Maslyakov at the meeting of the Organizing Committee of the exhibition Interles: Karelia 2013 said that the exhibition should be used for serious professional discussion on the prospects of the Russian forestr sector. "Our country has joined the WTO. This is a serious psychological barrier, and we have to move beyond it. I do not think this is bad. On the one hand, there are some problems, but on the other hand, we have the opportunity to start the industry. In 1998, we managed to benefit from the default, but there were not any new technology or new solutions at that time. Today we need completely different labor efficiency and entirely different product quality and competitive opportunities, and all this must be done in a very short time", said the Head of the Federal Forestry Agency.

The business program of the exhibition Interles: Karelia 2013 is expected to include: plenary sessions, round tables on the use of forest resources for bioenergy development, major tasks of reforestation and forest transport infrastructure, new developments in European legislation on timber trade.

After all arrangements had been discussed, Victor Maslyakov and Alexander Hudilainen signed minutes of the meeting of Organizing Committee and minutes of the meeting of the Head of the Federal Forestry Agency and the Head of Karelia. The documents outline joint plans of the Federal Forestry Agency and the Government of Karelia. In particular, additional 5 million rubles will be allocated for the Republic of Karelia from the federal budget for reforestation; they also negotiated implementation of a pilot project designed to intensify forest management and exploitation in Karelia.

Our website uses cookies to make your browsing experience better and more personal. By using our site, you agree to our use of cookies. You can read our Cookie Policy and Privacy Policy. This website uses 'cookies' to give you the best, most relevant experience. You can read our Cookie Policy and Privacy Policy.
Marketplace Products and Services Tenders
News & Events News by Topic Wood Markets News Press releases Industry Events Archives
Directory All companies By Products By Countries By Activity By Certification Premium members
Market Research Lesprom Analytics Prices for wood panels Prices for sawlog and pulpwood Prices for lumber Biofuel Woodworking Wooden houses Furniture Pulp & Paper Forestry and logging
Career All Vacancies All Resume Add Resume
Lesprom info Membership options About us Contact us Advertise on Lesprom
EnglishРусскийDeutsch中文(简体)
Back to top