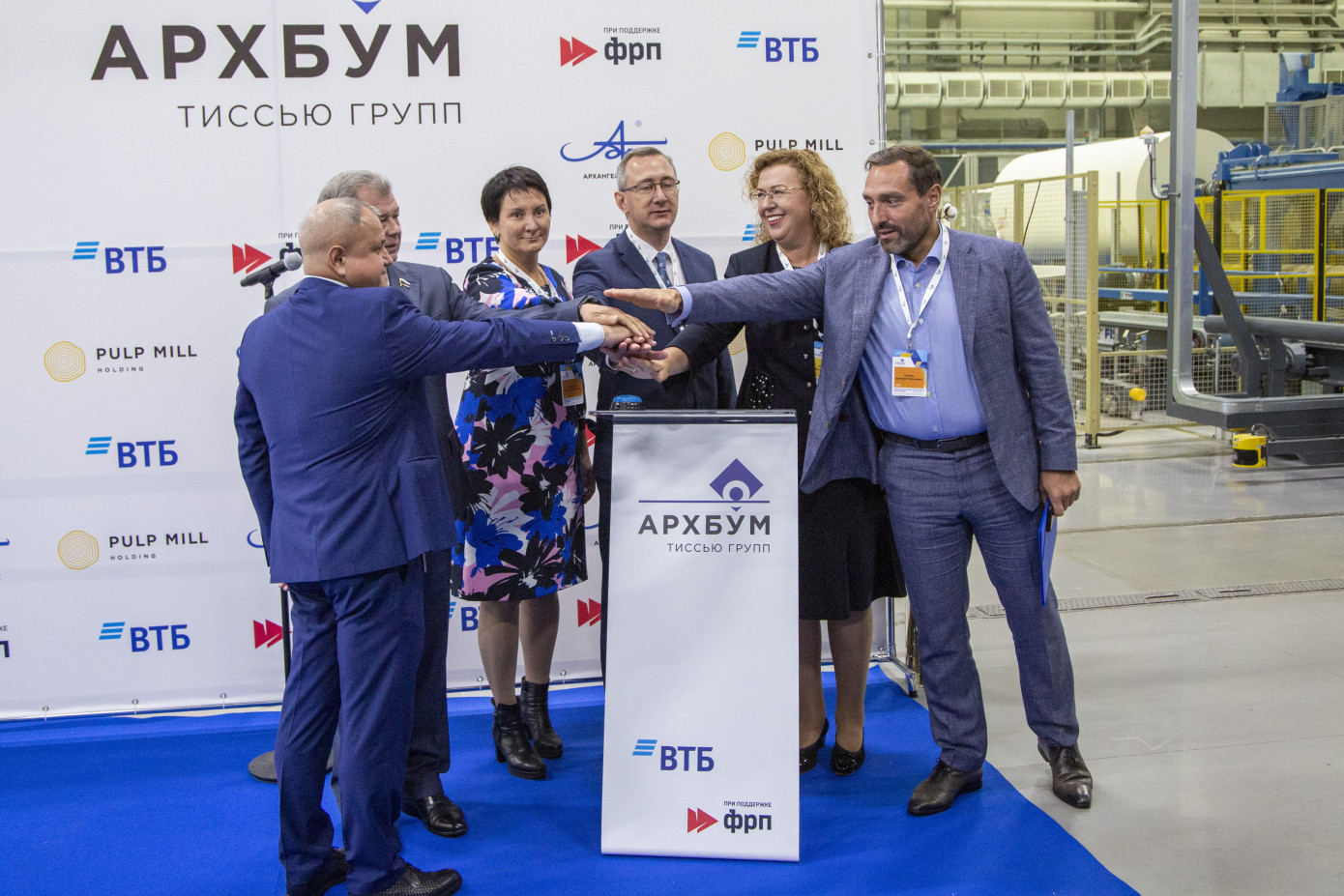 In September 2020, Arkhbum Tissue Group, a subsidiary of Arkhangelsk Pulp and Paper Mill (APPM, part of Pulp Mill Holding Gmbh) launched a new greenfield tissue plant in Kaluga region, Russia. APPM along with VTB Bank and the Industrial Development Fund of the Russian Ministry of Industry and Trade have invested 11.5 billion rubles in the plant located in the Vorsino industrial park.

The new facility will produce paper towels, toilet paper and napkins under the Soffione brand, as well as products for some retail chains. The Soffione brand, translated from Italian as dandelion, was invented and developed by Olga Krupchak.

Chairman of the Federation Council Committee on Budget and Financial Markets Anatoly Artamonov delivered a welcome letter from Valentina Matvienko, Chairman of the Federation Council of the Federal Assembly of the Russian Federation. "I am sure that in the future the company's activity will bring joy to those who work at this production facility and to the Kaluga Region as a whole, whose budget will receive additional revenues, and to consumers of products who will be confident in its high quality", she said in the letter. Welcome letters were also sent by Denis Manturov, Minister of Industry and Trade, Russian Senator Viktor Novozhilov and State Duma Deputy Elena Vtorygina.

“The key to the success of this modern plant were two ideas - to build a plant and do it on the Kaluga land. This is a huge work of a large number of people. This is a serious approach to organizing a very complex, technological production. I would like this project to be continued and the second and the third production stages to be launched. Kaluga region is a great place to meet friends,” said Vladislav Shapsha, Governor of the Kaluga Region.

"We have already started the construction of the second and third stage," said Vladimir Krupchak, a member of the Board of Directors of Arkhangelsk Pulp and Paper Mill, Titan Group and Sawmill 25. “After all three stages are launched, the total plant capacity will reach 210 thousand tons of finished products. About 700 new jobs will be created. Innovative technologies and the most advanced Italian equipment combined with experienced staff allow us to become market leaders", he said.

"In a short period of time a large plant was built from scratch and equipped with the most modern equipment. We are happy to present new products on the Russian market and hope for their success", said Dr. Heinz Zinner, Chairman of the APPM.

Arkhangelsk Pulp and Paper Mill was the main investor of the plant construction. According to Dmitry Zylev, CEO of APPM, this project will pay off in seven to eight years. "This is somewhat optimistic, but we are doing everything to ensure that the project will pay off by this time, or even faster. The pulp and paper industry is characterized by high capital investment and a fairly long payback period”, he said.

According to Dmitry Zylev, the idea to build this plant was born 15 years ago. But it took only two years to build a modern complex. "When we came for the first time to discuss the construction of a new plant with the authorities of the Kaluga region, I was amazed by their willingness to help in all matters. Very quickly the main indicators of water, gas and electricity connection were determined. We did not encounter any obstacles here", he said. The economy of the country has changed many times over that time until the idea came to life. “There was a crisis of 2008, there were other periods in the life of the APPM, because our company is seriously dependent on the world market, on changes in world prices, and therefore the cash flow is constantly changing. The help came from VTB State Corporation and the Fund for Industrial Development of the Ministry of Industry and Trade of the Russian Federation, which became co-investors of the project", he said.

Andritz has supplied tissue paper machine with a capacity of 70 thousand tons. It was  installed by LS Group Company. Converting equipment was supplied by Futura (Italy), and automatic loaders - by Elettric 80 (Italy). 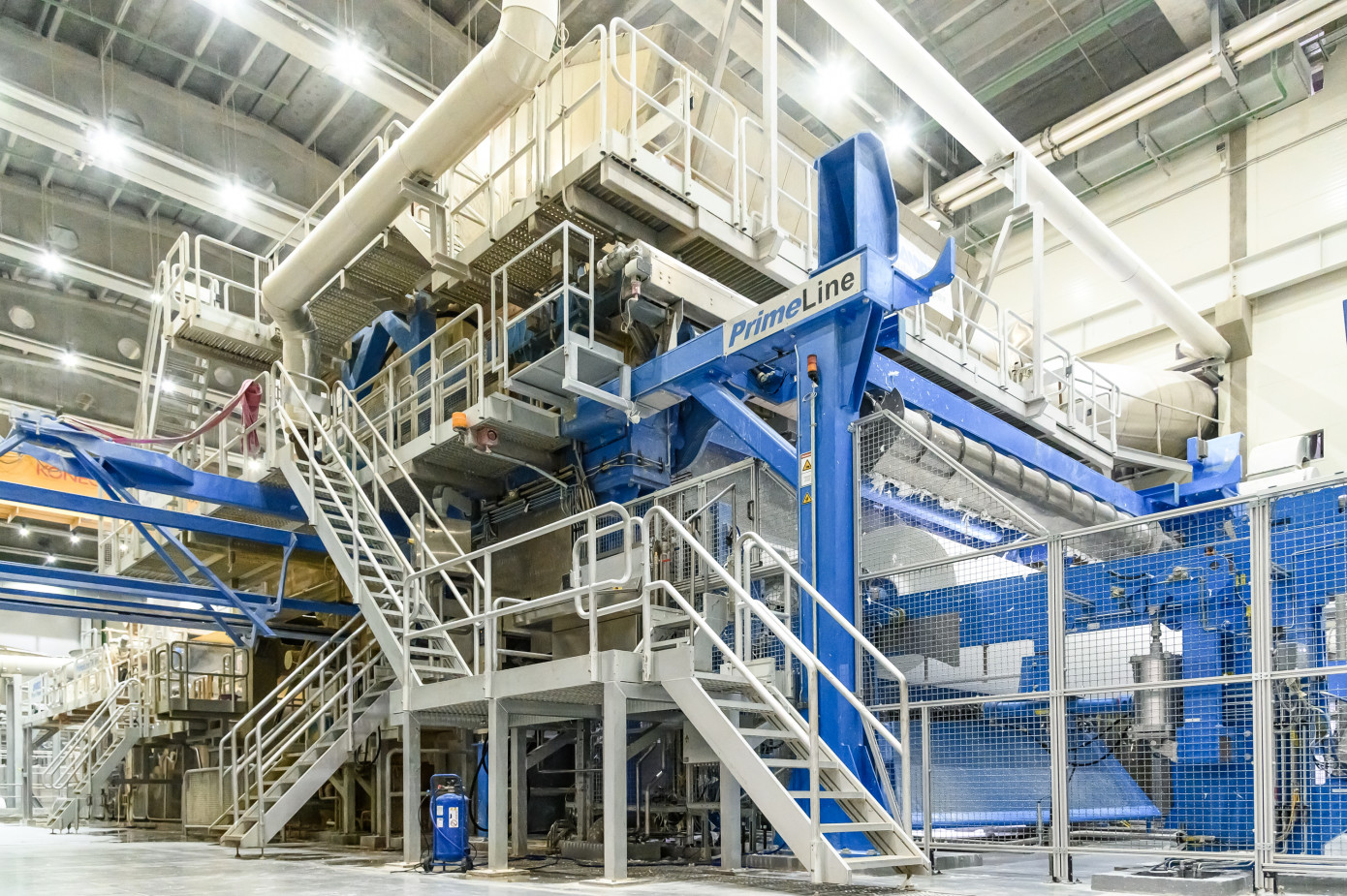 Converting equipment was supplied by Italian manufacturer Futura, and automatic loaders by Elettric 80 (Italy). Construction and installation works were performed by the general contractor Design and Construction Association №13. Finnish Flootech was engaged in installation of treatment facilities. Steam boiler house Viessmann provides for use of thermal energy in the form of saturated steam. And biological treatment of industrial effluents is performed with the help of special cellulose-biodegradable bacteria.

"The quality of finished products and the ecology of production are in our first place," says Irina Galakhova, Chairman of the Board of Directors of Archbum Tissue Group.

Finished pulp is delivered to the plant from APPM in sheets, which are fed to the pulper, where they are ground in water and pulp mass is obtained. It is used to produce base paper - jumbo rolls, which are then sent to the tissue production. The finished product is delivered to the packaging Plus line. The capacity of one line is 1,5 t of the tissue products per month. At the same time, the production is so automated that only six people per shift are involved in its maintenance (a total of three shifts). And their main job is to control the process. The shop has several automated electric forklift trucks worth 5 million rubles each. The machines are not controlled remotely, and they have a clear algorithm of actions. If recharging is necessary, the loader is sent to a specially allocated and equipped place. 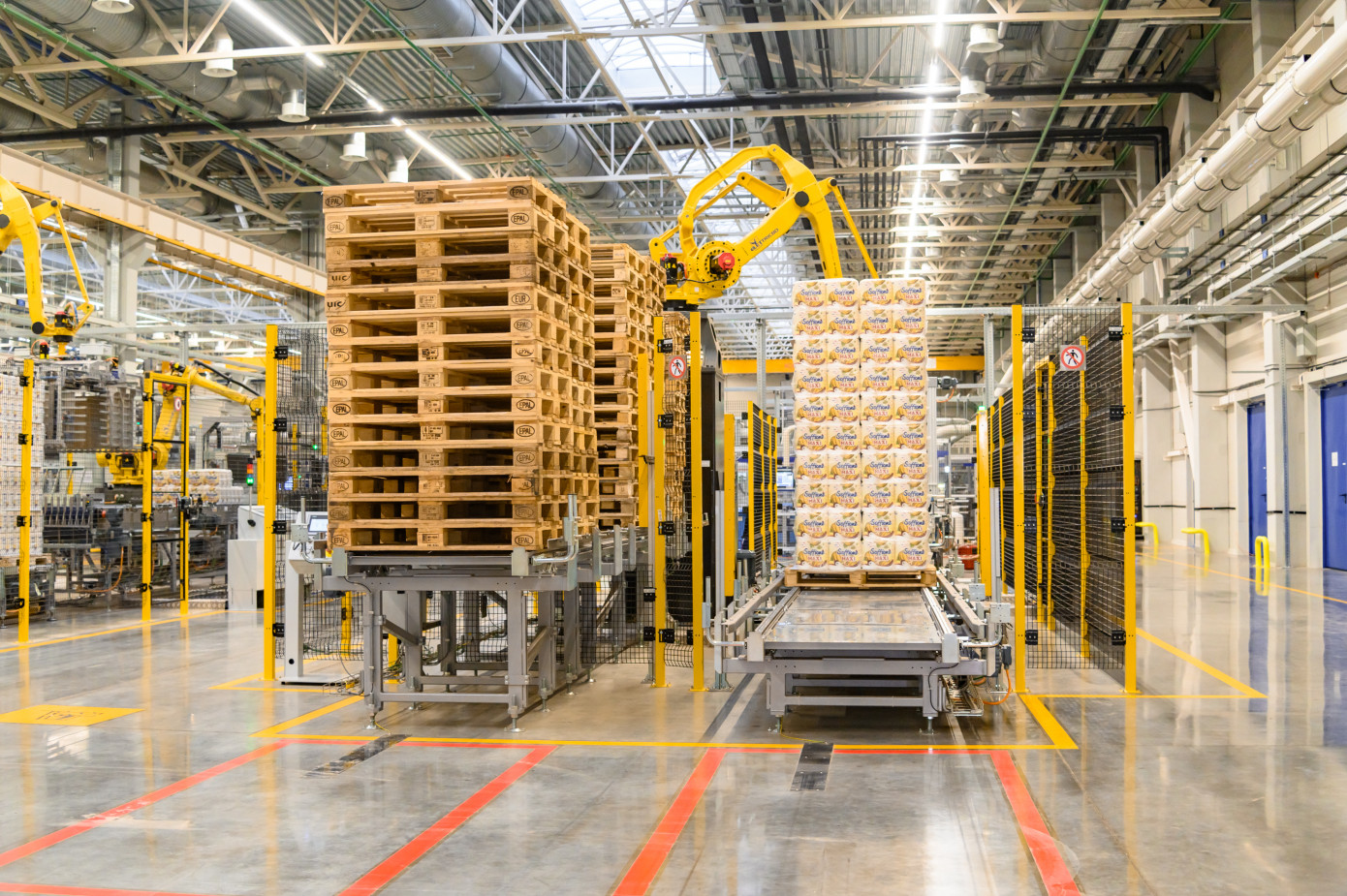 "So far there is one paper machine at the plant. However, the plant was designed and built with the possibility of further expansion. Now the PM capacity is 70 thousand tons and to reach 210 thousand tons, it will be necessary to install two more or one large, with a capacity of 140 thousand tons", - says Dmitry Zylev. The contract for construction of the second stage of the plant with the total investments of 8.5 billion rubles was signed with the Kaluga authorities in April this year. After it is complete the plant capacity will increase to 140 thousand tons and the number of employees will increase from the current 405 to 535. The capacity of the third line will be 276 million nominal rolls of toilet paper and paper towels per year. Its launch is scheduled for March-April 2021. The total investments to the third line project is Euro 8.2 million.

Most of the products will be sold in Russia. Soffione paper towels and toilet paper will be  supplied to large retail chains, including Magnit, Pyaterochka, Perekrestok, Dixy and Svetofor. According to Dmitry Zylev, the main goal of the company is first of all to saturate the domestic market with high-quality tissue products. Although there are also plans to supply for export - about 15% of tissue products are exported to such countries as Germany, Croatia, Armenia, Azerbaijan and Belarus. The half of base paper will be partly sold in the domestic market, and 50% will also be exported to Poland, Czech Republic, Germany, Armenia and Azerbaijan.

According to Alexander Tufanov, Director of Archbum Tissue Group, the revenue may reach 25.7 billion rubles, and payments to budgets of all levels will amount to 250-300 million rubles.

Today's pulp market is very competitive and volatile, new capacities are constantly launched. And the start of a new plant allows Arkhangelsk Pulp and Paper Mill to guarantee the sale of products and, consequently, stable operation, which will create new jobs in the Arkhangelsk region. "We are a vertically integrated company. We have logging and timber processing facilities where a high-grade sawlog is processed; the group also includes APPM which uses low-grade timber as a raw material. We process pulp and cardboard produced at the mill at our subsidiaries. We want all semi-finished products produced by APPM to be processed inside the group", says Dmitry Zylev.