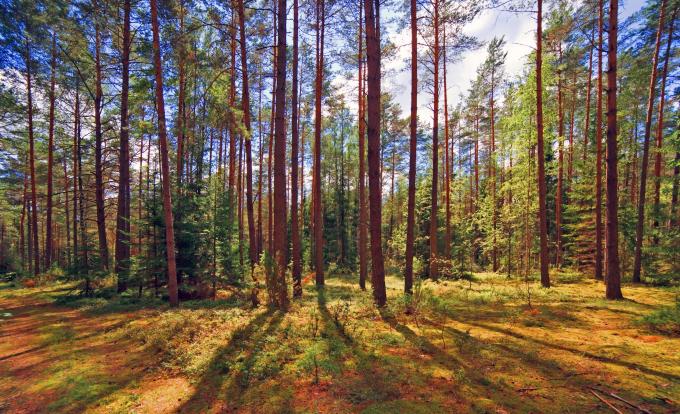 On 1 October 2019, the Government of the Arkhangelsk Region established the Dvina-Pinezhsky State Nature Complex (Landscape) Nature Reserve of regional importance. The reserve's area is 302 thousand ha, of which 162 thousand ha were contributed by the Titan Group, Lesozavod-25 and Arkhangelsk Pulp and Paper Mill, reported Arkhangelsk PPM.
The basis for the creation of the reserve was the agreement between environmental organizations and timber merchants on the rejection of cutting of valuable forests, concluded through voluntary certification of the Forest Stewardship Council (FSC).
The reserve includes a unique array of untouched northern taiga in the interfluve of the Northern Dvina and Pinega. These forests are extremely valuable because until now they have not been affected by human economic activity and have remained unchanged for many thousands of years. Intact forests regulate the climate of the territory, purify the air and reduce the concentration of greenhouse gases in the atmosphere, are rich in flora and fauna. The territory is located in the habitat of more than 60 species of rare species of animals and plants listed in the Red Book of the Russian Federation and the Red Book of the Arkhangelsk Region. The design of the reserve was prepared by WWF Russia.
Despite the high natural value, these last sections of the wild taiga until today did not have an official conservation status and were leased by logging companies. However, as part of the FSC voluntary forest certification standard, timber merchants are required to meet high environmental responsibility requirements, take into account the views of environmental organizations, scientists and preserve intact forest ecosystems. In this regard, FSC-certified companies in the region have undertaken additional environmental obligations and introduced a moratorium on logging within the boundaries of the future reserve, as well as conduct sustainable forest management taking into account the conservation of biodiversity in the rest of the territory.
“Today is a historically important day when we make a verified, correct decision on the creation of the Dvina-Pinezhsky reserve, on which we worked together for many years. I thank the public figures - the Arkhangelsk branch of the World Wide Fund for Nature, Greenpeace, FSC of Russia, who showed persistence, helped to reach a compromise in making the decision. Words of gratitude today to tenants and forest users who are aware of the importance of this work. It is very important that today all participants in this process have an understanding that, only by joining forces, we can do everything necessary so that the reference natural system continues to live and fulfill its most important function in preserving the unique diversity of nature that we have got, ” - said the governor of the Arkhangelsk region Igor Orlov.
“FSC certification is the only effective instrument in Russia for the protection of intact forest territories that do not have protected areas. A productive dialogue between environmental organizations and the business of preserving the unique northern taiga was made possible only through voluntary forest certification. Obviously, without FSC, these forests would be cut down. The decision to create a wildlife sanctuary is also an important step towards coordinating a mechanism for managing especially valuable natural resources within the framework of FSC certification throughout the country, ” said Nikolai Shmatkov, Director of the FSC of Russia.
"The work on creating the reserve was carried out for a long time, and the difficulty was in maintaining a balance of interests of all interested parties," said Alexander Dyatlov, Deputy Chairman of the Arkhangelsk Regional Assembly of Deputies, Chairman of the Regional Parliament Committee on Forestry, Environmental Management and Ecology. He praised the decision to create a wildlife sanctuary as the first case in Russia, while recalling that the Arkhangelsk region is one of the few regions in Russia where more than 100 specially protected natural areas are located. The total area of ​​protected areas, including the seas, is 11.2 million hectares. At the same time, 8 protected areas in the area of ​​9.5 million ha have federal status. It is planned to create another 8 new protected areas, of which five nature reserves (Kovzhinsky, Sebboloto, Dvinsko-Pinezhsky, Pezsky, Lekshmoh), two natural monuments (Onega coast, Turovsky forest) and a nature park (Zvozsky).
"Dvina-Pinezhsky nature reserve is not a regional value, or even federal, it is a world value. In five to ten years this reserve will become one of the calling cards of the region. The work has been done very important and historical,” said Alexei Yaroshenko, head of the forest department of Greenpeace Russia.
"Until recently, the process of creating a reserve was in a state of uncertainty. At the same time, thanks to the systematic and conscientious work of FSC Russia, WWF Russia and representatives of the business - Arkhangelsk PPM, Lesozavod 25 and Titan Group, it was possible to agree on the boundaries of the future nature reserve in the lease of these companies, and then invite other participants to the negotiation table. A long way has been done in preparing the necessary project documentation, examining the territory and setting its borders for cadastral registration, and today an important decision has been made for the region, and this is a great achievement of all interested parties, which was made possible only thanks to the FSC voluntary forest certification. The plans of Titan Group include the allocation of specially protected natural areas, valuable forest areas throughout our lease in accordance with the signed agreement in August this year and this big work is planned for the next decade," said Alexei Kudryavtsev, CEO of Titan Group.
"The work to protect the MLT in the lease of the holding will continue taking into account the interests of all parties, and the necessary balance will be observed," said Dmitry Zylev, CEO of Arkhangelsk PPM.
Lesprom Network