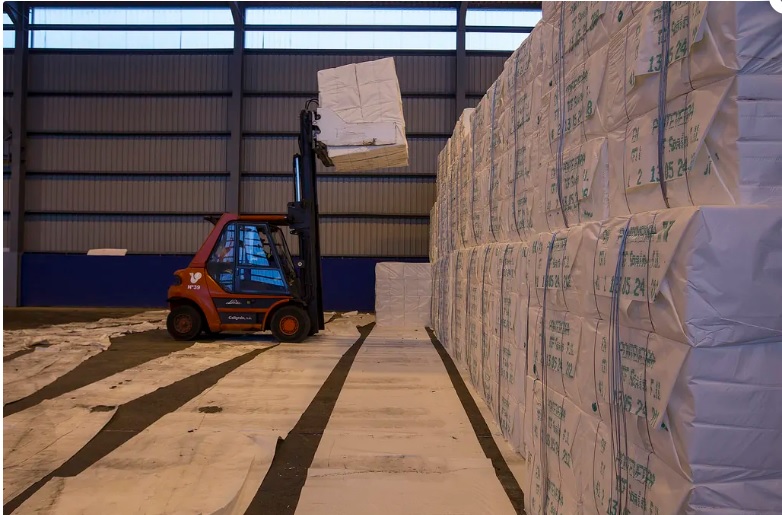 Ence – Energía y Celulosa obtained a net profit of Euro13 million in the 1Q 2022, compared to losses of Euro 9.6 million in the same period of the previous year, driven by the high demand for pulp and the high prices in this market.

The company recorded an operating profit of Euro 47 million, compared to the Euro 17 million it obtained between January and March 2021. In addition, the strong generation of free cash, of Euro 58 million in the quarter, allowed the group to reduce its financial debt net 54%, up to Euro 47 million.

In the Pulp business, prices were 60% above those of the 1Q 2021, exceeding $1,200/t in April. Forecasts point to additional increases, up to $1,250/t. This scenario has largely offset the effect of the national carrier strike, as well as inflation in the price of raw materials and logistics.

The operating profit of the Pulp business reached Euro 21 million, 2.5 times higher than that obtained a year earlier. The differentiated products of the “Ence Advanced” brand (which stand out for their sustainability, their ability to replace long fibers and plastics, and their greater added value) represented 18% of sales in the quarter, compared to 12% in the same period of the previous year

In the Renewable Energy business, sales increased by 35%. The operating result was Euro 26 million, 3 times more than in the 1Q 2021.

These results already include the estimated effect of the change in the remuneration parameters applicable to renewables in 2022. In fact, said change will not have any negative impact on the forecasts used in the Capital Markets Day held by the company in March in which, for prudence, the consequences of a similar change had already been anticipated.

The company’s solid balance sheet and good prospects for the future allow it to confidently face the challenges announced on the aforementioned Capital Markets Day. Among them, Ence’s firm commitment to the future of its Pontevedra biofactory and the legal defense of the legality of the extension of this concession stands out. The Supreme Court has admitted two cassation appeals against the sentences issued in July 2021 by the National High Court, and it is expected that it will make a decision on the matter in the coming months.

Another of Ence’s main projects is “Navia Excelencia”, a cutting-edge and decarbonizing initiative through which the Asturian biofactory will strengthen its efficiency and sustainability, with an investment of Euro 105 million over the next five years.

In Renewable Energy, and through its subsidiary Magnon Green Energy, the group will continue to focus on its pipeline of biomass and photovoltaic projects. Likewise, it is launching other opportunities linked to energy management, biofuels, biogas and storage, thus contributing to the stability of the system and facilitating the incorporation of renewable energies and the energy transition.