07:22 / February 27, 2017
Over the past year, European sawmills have continued to take market share in China, Japan and other countries in East Asia. It has become a natural focus as continued low activity in European construction reduced the lumber consumption there.In China, Europe's (excl. Russia) market share increased to a record level in 2016, reaching 9% compared to 8% in 2015. Russia's market share increased from 49% to 55%. The large increase for Russia corresponds to a volume increase of 3.1 million m³ (+37%). Finland and Sweden also had significant increases in volume percentage (+57% resp. + 35%), according to an analysis by Woodstat who specializes in market analysis for the lumber industry.

In other countries in East Asia (South Korea, Taiwan, India, Pakistan, the Philippines, Vietnam and Thailand) imports of softwood lumber are increasing quickly and their total import in 2016 amounted to 3.3 million m³ from leading exporters in Europe, incl. Russia and North America. Europe's market share has increased dramatically in recent years, while the corresponding decline occurred for Canada.

Current forecasts for European construction continue to show slow growth why also lumber consumption is expected to rise slowly. "We see a good development in many countries in East Asia that increase the consumption of lumber. If we add an increased interest in wood as a building material, the outlook is very positive," says Jenny Wessung, CEO Woodstat. 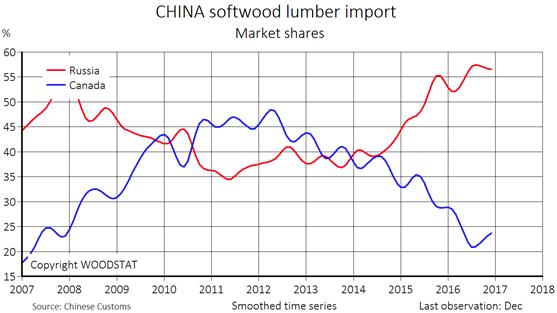 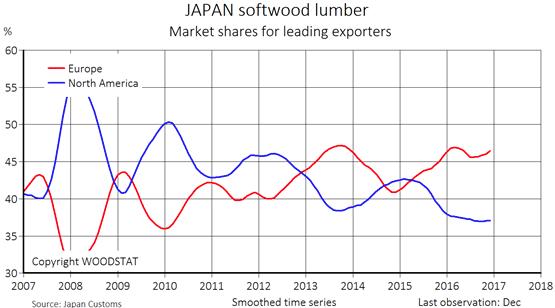 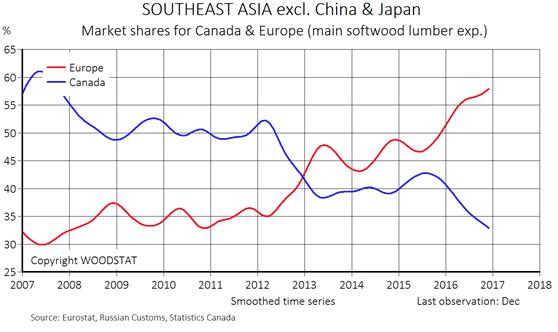