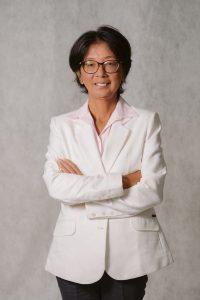 Ivone Namikawa, Forest Sustainability consultant at Klabin, has been elected to the Board of Directors of FSC® International (Forest Stewardship Council®). The four-year term will start in January 2020, as the company says in the press release received by Lesprom Network.
Her history with the entity began in 1996, when Klabin started preparations to receive the certification, obtained two years later, making Klabin the first company in the pulp and paper sector across the Americas to be certified for the sustainable forest management of its areas and products.
After taking over as Klabin’s representative in the Organization, Ivone was elected member of the Board of Directors of FSC Brazil. Since then, she has been actively participating in meetings and discussions that defined the purpose of the Organization. She was also a member of FSC International’s Policies and Standards Committee for two terms and is currently tasked with evaluating the normative processes that are submitted to the entity.
FSC® is the most credible international forest certification system that equally incorporates the interests of social, environmental and economic groups.
Lesprom Network