Last year builders couldn"t get lumber, now they can"t get everything else
Trading Suppliers News Analytics Events Jobs Advertising Lesprom
Order files at most sawmills is three week at a time of year when it is usually three days. Despite the fact that construction usually slows down in October, the demand for lumber is still strong enough now. This suggests that current lumber prices will follow last year's trend when the price rose to $1000.

Last year builders couldn't get lumber, now they can't get everything else 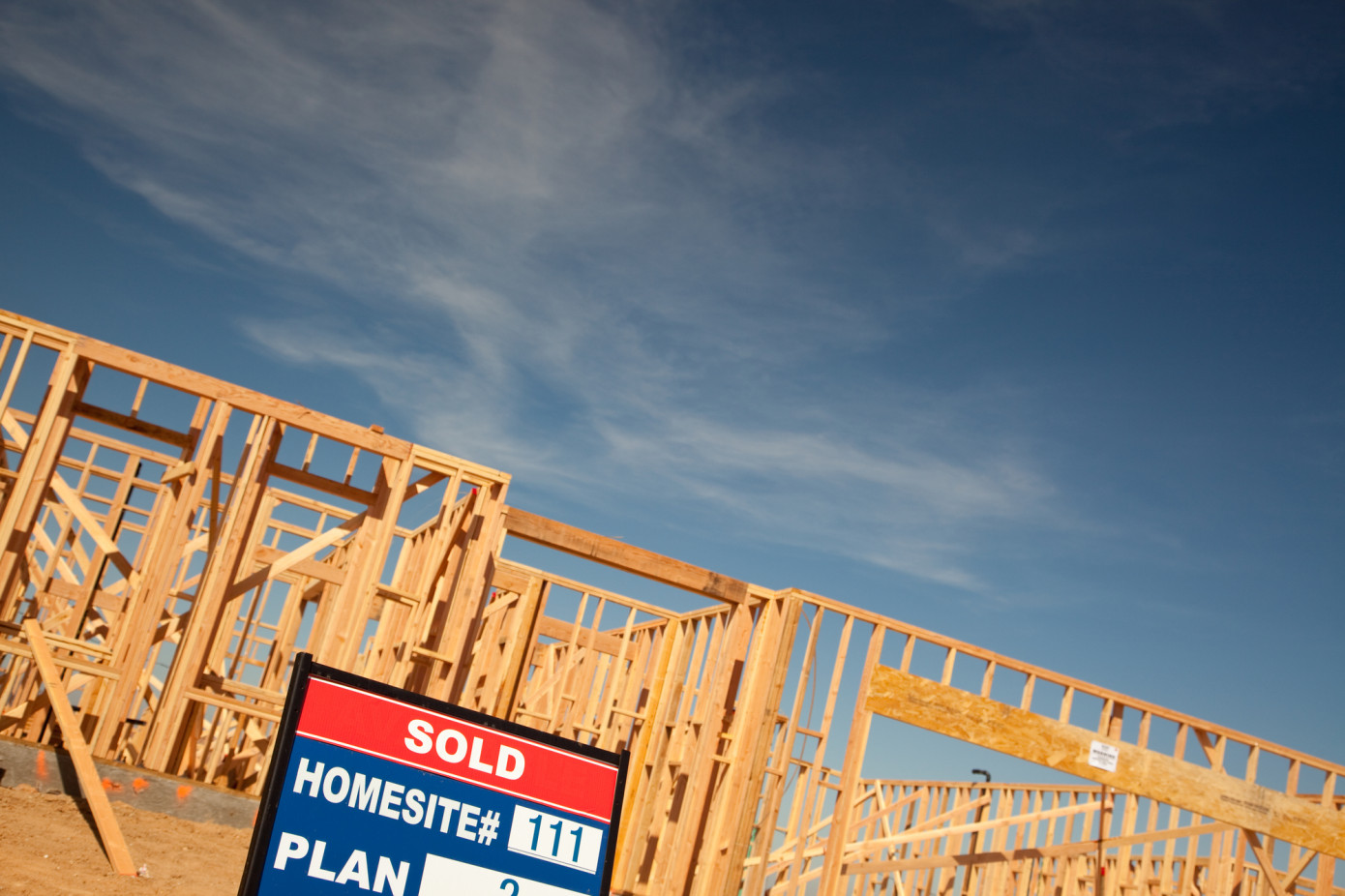 Lumber is a leading indicator, so structural changes in building material prices always start with wood products, says Keta Kosman, owner and publisher of Madison’s Lumber Reporter.  Currently order files at most sawmills is three week at a time of year when it is usually three days. Despite the fact that construction usually slows down in October, the demand for lumber is still strong enough now. This gives her reason to believe that current lumber prices will follow last year's trend.

Lesprom Network: Lumber prices have been falling throughout the summer, but from late August we see a new rise. What is behind the new rise in prices, how high and how long can it go?

Keta Kosman: U.S. housing activity is nonstop; homebuilding and home sales. New home prices keep going up, which means demand is very strong. There are differences now compared to 2019 and prior for the Canadian sawmills. That price for the benchmark lumber item WSPF 2x4 we used to regularly see at $200 or $300 mfbm, we're not ever going to have that again. From 2019 onward the cost of production here in British Columbia is not $200 or $225 per thousand anymore, it is now more like $450. If the sales price goes down to $225, the producers will be losing money, so the bottom is now higher.

These recent price increases are supported by building activity. Lumber is a leading indicator, so structural changes to building materials prices always show up in wood products first. Last year there was just not enough lumber supply, because there were delays to production due to COVID. Manufacturers had to reduce, now they have made the necessary adjustments and production volumes are better. Right now the problem is showing up in everything else: there is a short supply of tiles, roofing, cabinets, countertop, toilets, etc. Builders can't find that now, which is currently slowing down new home completions. The latest data shows housing starts were up, home sales were up, and new house prices were up. It is important to note that 78% of new U.S. homes sold in August had either not been completed or not been started. This rate is usually closer to 65%.

Last year builders couldn't get lumber, now they can't get everything else. There is at least another six months, probably a year, of strong new home building in the U.S. The previous record-high lumber price was in the summer of 2018, when it reached $550 mfbm, but that only lasted two weeks because production ramped up so the price dropped back quickly.

At the end of 2020 prices were going up, reaching close to $1000 mfbm for almost two months, when usually prices are going down due to the normal seasonality of building activity. Generally, Labour Day starts to be slow for building, then usually by U.S. Thanksgiving lumber manufacturing and sales slow down a lot.

Last year was not like that, and this year we don't know yet. It depends on the weather. If they can still be building in October, then they will be building in October. For the time being U.S. and Canadian homebuilding are very bullish. The sawmills are ready to continue being busy for a minimum of six months if not to the end of next year, 2022. 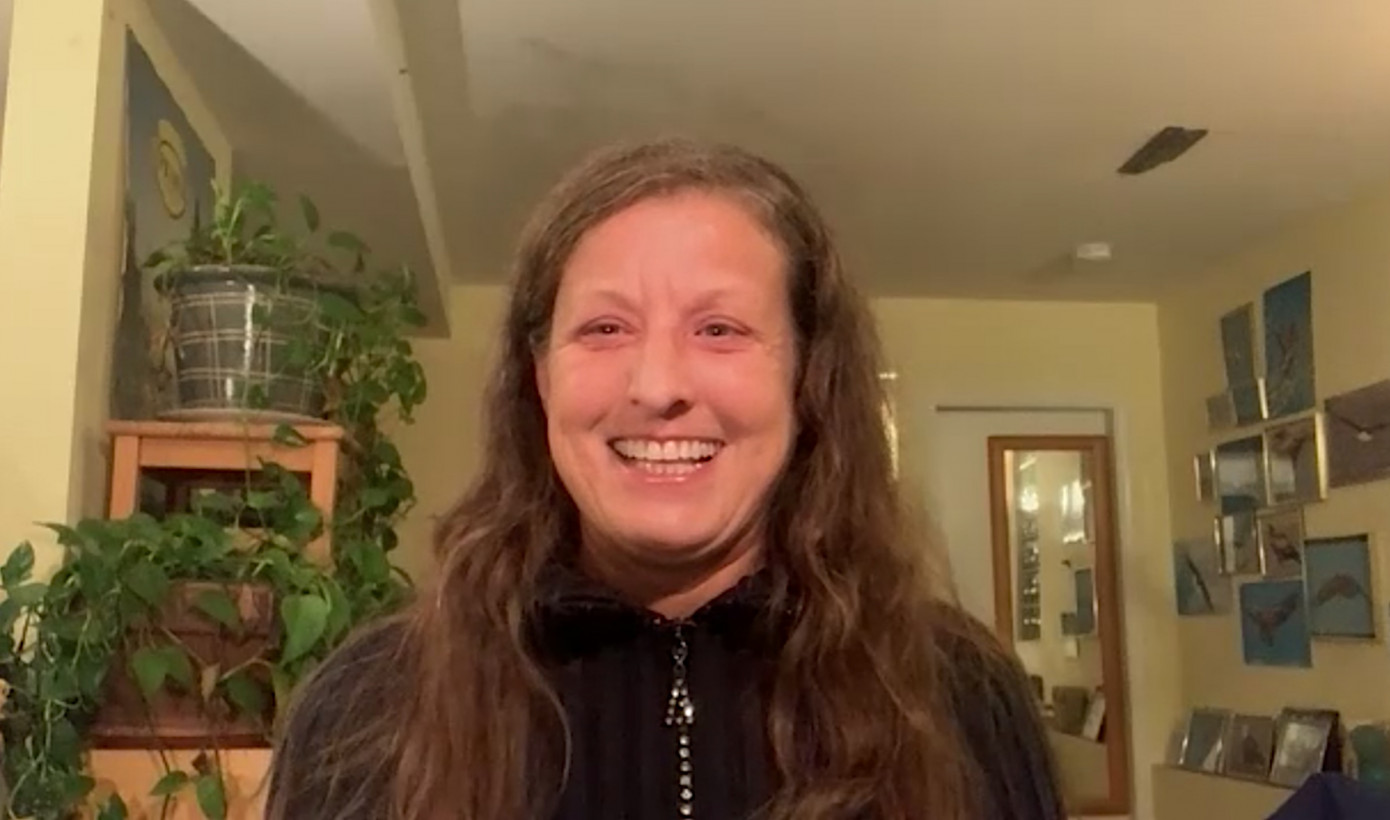 Lesprom Network: How is the supply of wood products now?

Keta Kosman: It's quite good. There were announcements all through this year, even at the end of last year there were sawmills reopening, new sawmills to be built, sawmills being sold. It takes a year and a half to maybe two years for a sawmill to reopen. The dynamics of business are changing; where is the timber coming from, which mills can be profitable. There is a transition going on which we will see how it plays out afterward.

Lesprom Network: Back in June, sawmills' clients had to wait for the lumber for months and what is the situation now?

Keta Kosman: Yes, they were waiting for lumber and it was even worse for the panel (plywood and oriented strand board, OSB). Plywood and OSB production were very delayed because the resin, the glue, comes from China and deliveries were constrained. This supply problem is now caught up. So the amount of time customers had to wait for wood between June and September shrank, and is now starting to increase again. 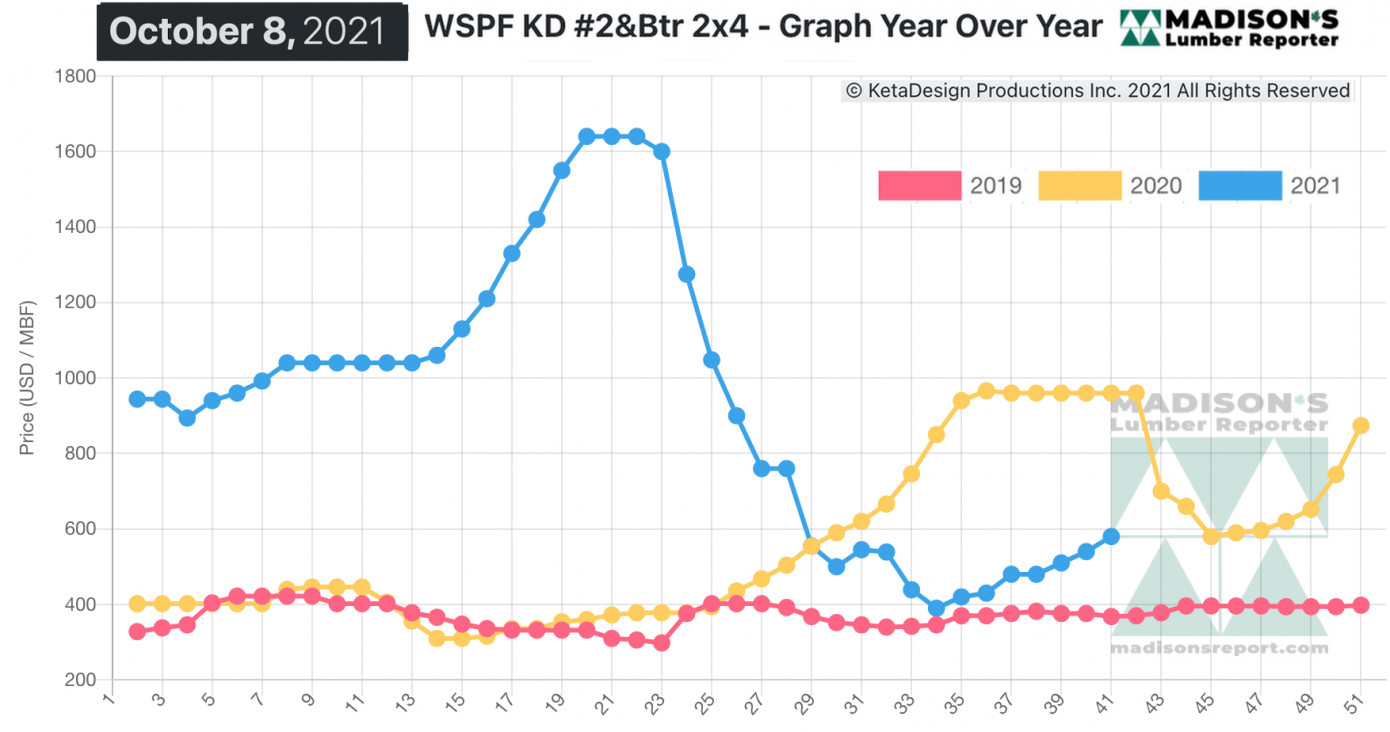 Photo: The price we have now is going to follow the trend line from last year / www.madisonsreport.com

This is part of the reason why I say I think that the price we have now is going to follow the trend line from last year, at least for a month or two, until the people who are currently ordering receive their wood. Which will be into the beginning of November. It is likely that then will come the usual seasonal slow down and prices will start to go back down.

Lesprom Network: If we look at the demand side, what are the main drivers for lumber demand?

Keta Kosman: There is an unprecedented amount of construction in modern times going on now. There is also the infrastructure bill, which was passed because it is necessary to repair and upgrade bridges, sewers, highways, etc. across the U.S. In places like Boston this hasn't been done in 100 years.

Post World War II, when Eisenhower launched new buildings across America, it had an enormous boost to the economy. They built infrastructure, highways, there was so much development, which caused major economic growth for at least two decades.

Lesprom Network: What are the factors holding back the supply of lumber?

Keta Kosman: There hasn’t been specifically a lack of supply, there is a problem with freight. In March, April, May this year, the price was high, but not that many people were ordering wood. It stayed high because the people who could not wait hadn’t received the wood that they ordered in February, it was somewhere in transit but had not arrived yet. So they ordered again. There are not enough railcars, delivery companies can't get truck drivers.

As for the feedstock to lumber processing, the timber, this new climate is causing problems with post-harvest replanting. We are not going to run out of trees because there are always young trees maturing. However the entire process “from stump to mill” as industry folks say, is changing.

For one thing there are new technology products like MDF, LVL, LSL, Glulam, which are already extremely popular in Asia. The beauty of these is that it doesn’t take the standard-grade log to make. Manufacturers of these specialty products don’t need #2 sawlogs, which are used to make dimension lumber and boards. These engineered wood products can be made from peeler logs, which are not as expensive and are more plentiful than the standard #2 sawlog.

To my mind there will never be a lack of wooden construction framing building materials, it will just be different products than we have been using in the past.

Lesprom Network: This year we are seeing strong growth in lumber shipments to the U.S. from Europe, especially from Germany and Sweden. How long can this growth continue?

Keta Kosman: People have been asking me about this for the past couple of years. Until a few years ago, U.S. lumber imports from Europe were 1% of the total. In March of 2021 U.S. lumber imports from the EU reached a record 15%, while Canadian exports to the U.S. fell by 21% but were still around 87% of the total. To compare the volumes: in 2020 the U.S. imported 3.5 million cubic meters from the EU and imported 26 million cubic metres from Canada.

This is supply side driven because the EU has a terrible problem with the spruce beetle, which is not like the mountain pine beetle. They are halfway through the five years needed to harvest before the timber becomes useless. They will never be able to use all of it. The affected countries are looking for a market to utilize as much as possible before it is too late. So they have been sending to the U.S. at a time when the U.S. needs more lumber. After 2.5 years from now when the trees are dead, the lumber export volumes from EU to U.S. will fall back down. It won't stay at 15% of total U.S. imports.

Lesprom Network: What are the challenges faced by European lumber suppliers when they enter into the U.S. market?

Keta Kosman: There are building codes, and lumber grading standards to meet that code. The EU building standard is the same as other countries that build out of wood; Japan, North America, Australia. The new entrants who were never exporting lumber from the EU to the U.S. before need to learn how to be in compliance with the proper building code, And the customer here needs to adjust because there will be some differences with the product compared to North American lumber.

The global demand for lumber is going to go up. For example from places like India. Whether it is Russian, European, American, or Canadian, there will always be demand for wood. But the products will be different from what they have been for the past 100 years.