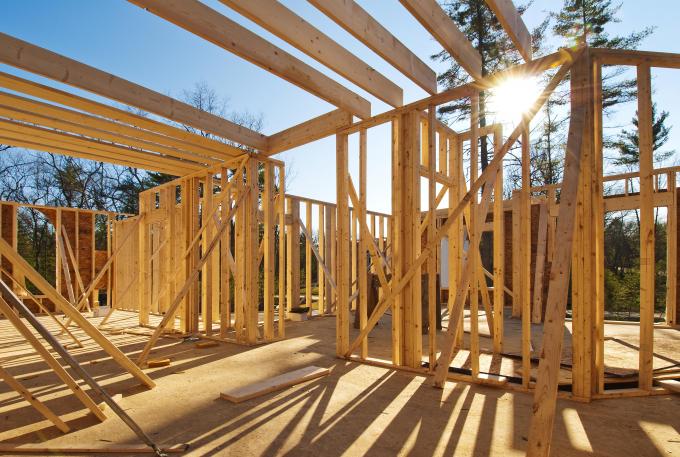 The price of benchmark construction framing dimension softwood lumber commodity Western Spruce-Pine-Fir KD 2x4 #2&Btr dropped another -$8 last week as customer reluctance to buy won over supplier stubbornness to keep prices higher, said Madison’s Lumber Reporter. For their part, many specialty items like Douglas fir green, studs in Eastern Canada, and plywood, dropped significantly as players were better able to assess the supply-demand balance. Having just been celebrated in Canada, the US Thanksgiving long weekend looms into view. This date usually marks the beginning of real slow-down of construction activity in the US, thus is often the time of year when lumber prices are lowest. Of course, that depends on the severity and location of storms — and, for this year anyway — wildfires in California.
Last week Western Spruce-Pine-Fir KD 2x4 #2&Btr lost -$8, or -2%, to close at US$368 mfbm. Last week's price is also -$8 less than it was one month ago. Compared to one year ago, this price is up +$2. Demand and prices were generally flat to down, in both lumber and panels.

Buyers of WSPF lumber in the US remained reticent and cautious even as their already-low inventories ran down further. Two-week order files were common for sawmills. Transportation was relatively smooth in the Western United States and secondary suppliers often had decent tallies available for quick shipment. Customers didn’t feel any pressure to act quickly or secure large volumes. Meanwhile in Canada, producers of WSPF commodities sold a bit each day but demand overall left much to be desired considering the time of year. Despite solid construction activity persisting in many regions of both the US and Canada, buyers were slow to make deals and continued to purchase scant volumes. Low transit volumes made shipments more timely and helped customers hold off buying when they wanted to. Currently customers are confident that when downstream orders materialize they will be able to get what they need from either sawmills or wholesalers in a timely fashion.
The below table is a comparison of recent highs, in June 2018, and current October 2019 benchmark dimension softwood lumber 2x4 prices compared to historical highs of 2004/05 and compared to recent lows of Sept 2015: