Trading Suppliers News Analytics Events Jobs Advertising Lesprom
Transportation wasn’t actually as bad as some expected: due to the torpid economy transit volumes in general have decreased, and the majority of truck and rail operators already work in comparative isolation. 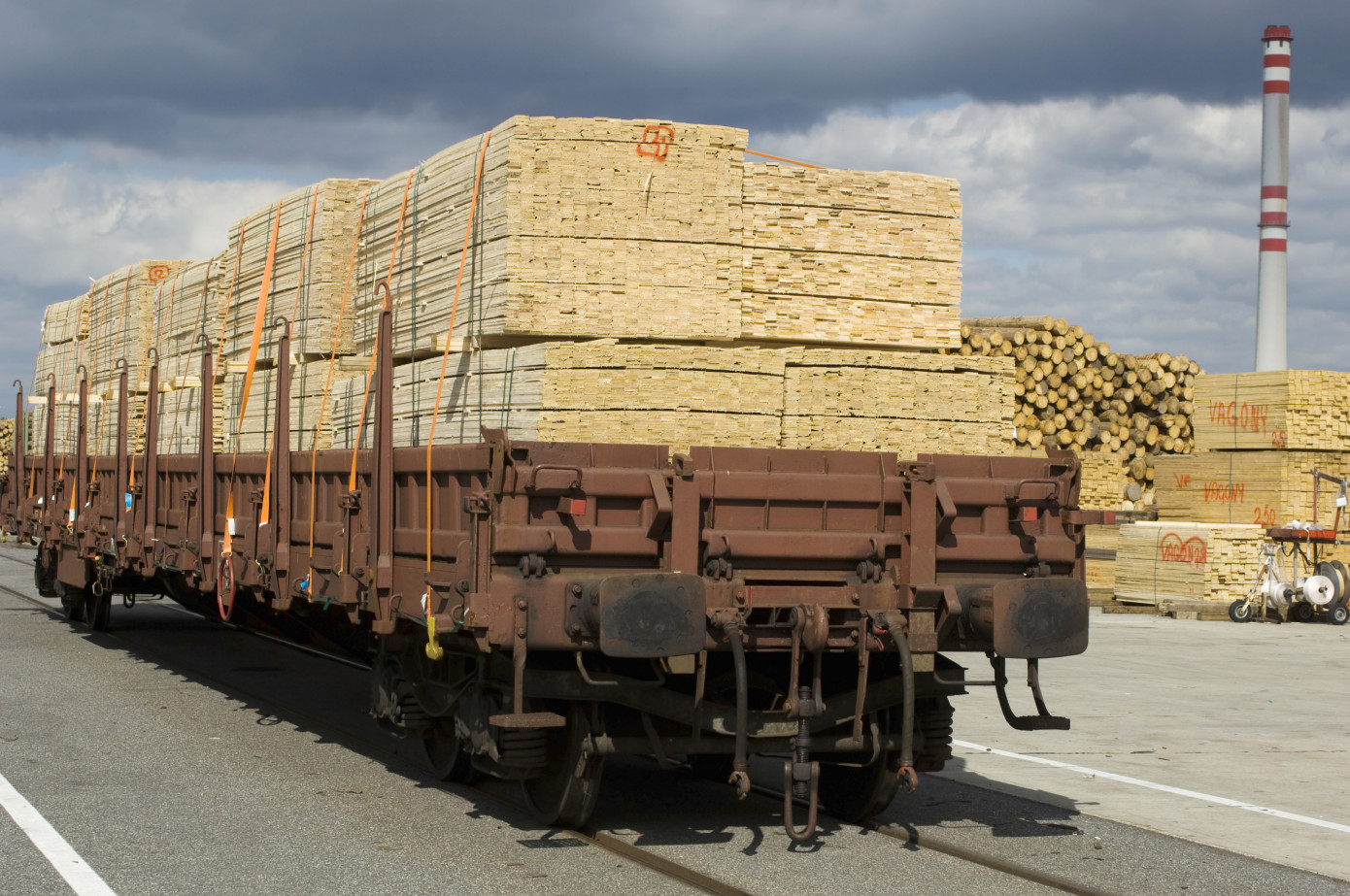 Sawmill operators across Canada and the US chopped softwood lumber prices last week by a wide margin in response to: wavering demand; both surpluses and shortages with supply (depending on who was being asked for which commodity); and, yet more transportation issues than the previous week, as Madison’s Lumber Reporter announced.

A two-tiered market was in full force, as stocking wholesalers, reloads, and secondary suppliers offered steep discounts on whatever inventory they considered surplus, even as supply became tight following producer curtailments all across the continent.

Timber harvesting, an activity which normally operates under “social distancing”, continued at a robust pace as sawmills loaded up their log yards with fibre. Especially in the Pacific Northwest where spring break-up always brings cedar logs flowing down the mighty Fraser River following the spring freshet. Reports a couple of weeks ago of customers trying to cancel orders or even secure refunds have abated. Freight remained a huge problem; particularly at the border as the Canadian railways were less than helpful to softwood lumber manufacturers and several trucking companies continued to refuse to send drivers into USA.

The US housing market kicked off 2020 in great shape but widespread panic among consumers and the shutdown of non-essential economic players was expected to halt that promising momentum, just as spring building season should have been ramping up. Meanwhile, more than 30 forestry and wood products conferences have been postponed or outright cancelled due to the coronavirus. In week ending March 27, 2020, the price of benchmark softwood lumber commodity Western Spruce-Pine-Fir 2x4 #2&Btr KD (RL) were slashed $50, or -12%, from the previous week to $356 mfbm. Last week's price is $90, or -20%, less than it was one month ago. Compared to one year ago, this price is down $22, or 6%. 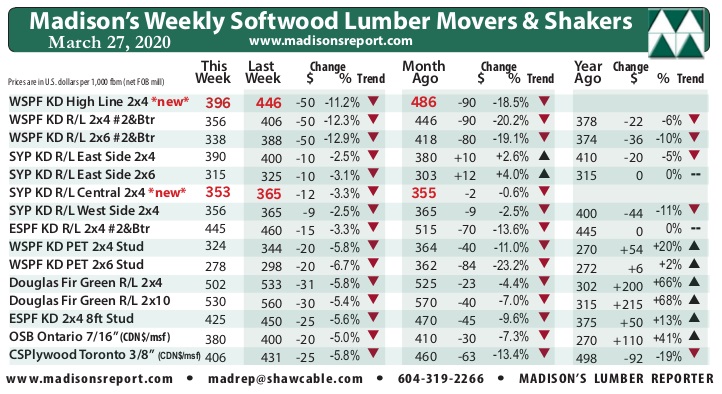 On Monday of last week the Premier of Ontario announced that various forms of construction, mining, and forestry will continue to operate while all non-essential businesses will be closed due to the coronavirus. Sales volumes of softwood lumber continued to drop in Eastern Canada as that entire economy screeched to a halt.

The occurrence of late-arriving rail cars prevailed once again, especially in Northern British Columbia. Transportation wasn’t actually as bad as some expected: due to the torpid economy transit volumes in general have decreased, and the majority of truck and rail operators already work in comparative isolation.

According to Eastern stocking wholesalers, demand got crazier by the day last week. Overall inquiry and sales slowed down palpably from the previous week but vendors were still selling and delivering wood. Even with the current reduced pace, players expected to run out of inventory in roughly three weeks. Replacement numbers weren’t yet low enough for them to consider ordering more yet.

The below table is a comparison of recent highs, in June 2018, and current March 2020 benchmark dimension softwood lumber 2x4 prices compared to historical highs of 2004/05 and compared to recent lows of Sept 2015: