Russ Taylor: BC government forest policy changes to cause up to 12,000 job loss
Trading Suppliers News Analytics Events Jobs Advertising Lesprom
These changes are transformative and, if implemented, are anticipated to be negative for the province’s existing forest products industry.

Russ Taylor: BC government forest policy changes to cause up to 12,000 job loss 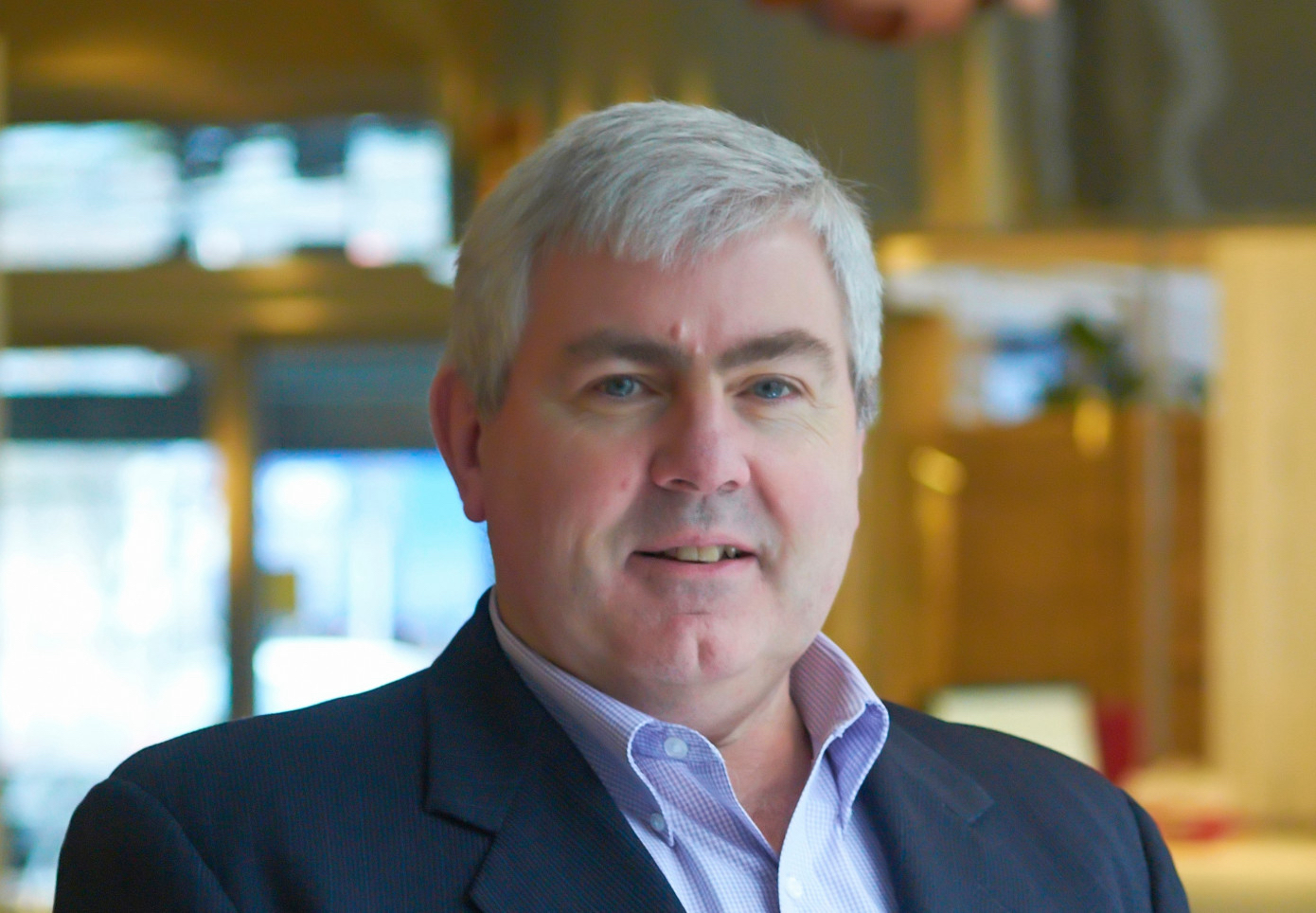 Many new and substantive forest policy changes in British Columbia have just been announced by the provincial NDP (New Democratic Party) government. These changes are transformative and, if implemented, are anticipated to be negative for the province’s existing forest products industry.

There are numerous changes being undertaken by the government as it moves to reshape the forest sector into its vision, as described in their Modernizing Forest Policy In BC: Intentions Paper. One disruptive change is an announced policy to defer timber harvesting in 2.6 million hectares of old growth forests despite having already protected most of these types of forests in the province. The second policy involves an involuntary redistribution of long-term forest tenures or harvesting rights from forest products companies to First Nations, communities and the government’s arm’s length timber auction program, BC Timber Sales (BCTS).

These two policy announcements will collectively be a significant impact to the industry with a potential loss of between 10,000 to 12,000 jobs (my loose estimate), where up to 18,000 jobs for the old-growth deferral alone has been cited by Council of Forest Industries (COFI). The full spectrum of the sector will be negatively affected, from timber harvesting businesses to sawmilling and value-added sectors, to reduced pulp production and impairment in companies’ balance sheets. In essence, the government is attempting to placate a heavily influenced “green-conscience” urban voter base, and at the same time, attempt to shift control of the forests away from major forest product companies and back to government.

I support developing longer-term strategies when they are based on sound methodology to achieve global objectives that are to be used as a compass for future direction. Trying to develop a correct or workable strategy is always challenging, especially for governments and even more so involving public land. It is even more challenging when politicians tend to make decisions more around getting re-elected every four years as compared to creating long term plans that result in good forest stewardship and industry confidence. And this is where BC finds itself.

Like many other voices starting to emerge, it is my opinion that the BC government’s new forest sector strategies have flaws. They do not seem to be based on science, socio-economics or even good forest data, as the proposed policies show a lack of process and understanding about how the existing forest industry really works. The new policies create more of a “feel good” strategy to feed the public, and this comes directly at the expense of forest product companies that have contributed significantly over the decades with long-term capital investments that have helped to build the economy of BC. Now the tide has turned where the objective is the creation of a new social license that will empower others at the expense of the existing investments that were made in good faith around what was thought to be the security of long-term and renewable forest licenses.

Old-Growth forest deferrals in BC

The newly announced government policy on protecting old growth forests was supposed to be based on the best science and data available. An old-growth panel of five experts was selected by the government, four of which had significant ties to the environmental community, including the Sierra Club and other groups. When you have four of the five being environmental-biased members on a committee with a mandate to assess old growth forests, you are going to get a report that does exactly that – preserves old-growth forests. Some of the “science” in the report has been challenged given the perceived bias of the four “experts.” Furthermore, there has been no socio-economic analysis conducted to fully understand the impacts on workers and communities. It really does make it difficult for the forest industry to understand the government’s rationale in making strategic decisions that have huge impacts on workers, communities and companies, but without the real or complete facts. Despite that 75% of existing old growth forests already protected or unlikely to be ever harvested, additional old growth protections are being proposed at the expense of thousands of high-paying jobs.

From the proposed reduction in old-growth timber, one credible forecast is that five to six smaller sawmills would close on the BC Coast. This is where most of the high-valued western red cedar and yellow cedar timber as well as Douglas-fir timber is located. The BC Interior is a much larger industry that produces mainly spruce, pine, and fir (or SPF) lumber and it is forecast that another five to six sawmills could close there. This is not only due to potential old growth timber withdrawals, but also due to other factors that are in the works such as protecting habitat for caribou as well as further reductions from extensive forest fires as well as the mountain pine beetle and other beetles in the province. Nevertheless, the deferral of old-growth timber harvesting will simply accelerate this process and add to the mill closures.

The compounding effect will result in the eventual closure of some 10-12 sawmills along with the loss of thousands of jobs and over C$400 million in annual revenues to the government. It comes at a time when the BC government has incurred massive infrastructure losses in the billions of dollars from the recent 100-year catastrophic floods that have wiped out roads, bridges and rail lines. Nevertheless, the strategy seems to involve shrinking the existing forest industry, creating more unemployment and reducing forest revenues to benefit others, such as the environmental community who are not responsible for creating government revenues. The BC forest industry has contributed about $4 billion in revenues to the government each year .

And because of the lack of fibre, a couple of pulp mills could be negatively impaired with potential closures. The government does not seem to understand all the real implications of how companies and its logging and sawmill workers will be negatively impacted, and if it does, it certainly does not seem to care. The loss of old growth forests will have a negative and direct impact on the value-added sector, which ironically is being proposed as a “new growth sector” by the government.

Another major government initiative is to redistribute forests from existing longer-term tenures through legislative reform of the Forest Act. Changes to legislation will enable the government to reduce harvesting rights of established companies that have built up world-class sawmills and plywood mills over the decades. The government’s strategy is to take part of those timber rights away for the purposes of old growth deferrals or reallocation to First Nations, communities and BCTS. The transfer of forest tenures will not be at a fair market price because the government has cleverly changed how it will compensate companies for the reductions to harvesting rights. This is one more way for the government to send out strong signals that investing in BC is now a very high-risk proposition. With little guidance from the government on what the end result of the redistribution of forest tenures will look like, forest companies are left with an almost unprecedented level of uncertainty which will most likely result in a quicker pull-back of capital.

Notion of more value-added industries in BC

The dilemma is that it is very peculiar for the government to say that it wants the BC forest industry to grow and it is looking for capital investments, but it seems to be focused only on the value-added sector. With a reduced timber harvest, it can be understood that producing commodity lumber is not as desirable as the potential from more specialized sawmills that produce higher valued products. However, a healthy commodity industry is still a prerequisite to allowing success to slowly build in other small or specialty businesses over time. By flipping a switch to reduce the forest tenures for established mills with the hope that unproven and under-capitalized smaller sawmills and value-added businesses can grow is a high-risk strategy.

This harkens back to a similar value-added policy initiative that previous NDP governments implemented to allow forest licenses to be bid on by value-added companies in the early 1990s. This resulted in a huge failure throughout the value-added industry, so this new policy has the initial potential to be a repeat of an ill-fated program unless it is reformed to something different. And the government never defines what “value-added” is in its strategy, but they only justify this as a high-value way to utilize scarce fibre.

It is a great theory, I get it, as you can theoretically obtain more value AND more income from a log by creating more jobs through a value-added facility. In reality, the BC value-added sector has been shrinking steadily for decades – it is certainly not a growth sector, and it is riddled with a graveyard of closed uneconomic and under-capitalized companies. There are certainly some growth opportunities in the BC value-added business. Some of the new policies will assist in allowing some of the existing survivor companies to expand. But the growth opportunities for any new businesses to survive will likely be limited to only a few companies and products, as this is what history in BC suggests.

Where is the government's Forest Policy headed in BC

It is too bad that the current NDP government has not chosen to be inclusive in determining its new forest policies with all stakeholders. And if they did a deeper dive and looked more around the world to see which countries or sectors are doing things right, then they would have seen that there are different options to achieve more industry diversity and prosperity as well as strategies to avoid. Instead, it appears that they have looked more at idealistic options that could be heading back in the direction where some previous initiatives failed. It is, perhaps, “easy” for me to make some of these assertions since I travel regularly outside of BC (and to almost all continents) and see what is going on around the world. Consequently, it is easier for me to see that these new proposed changes to BC’s forest policy are very risky and could be heading in the direction of making the province’s sector less competitive on a global basis.

Even before all these announced policy initiatives, the government can also be credited for allowing BC to be positioned as one of the highest cost commodity lumber producing regions in the world, tied to an ill-designed stumpage formula (I have analyzed this topic for a number of years but will leave any further discussion on that topic for another day). Social engineering of the forest industry by the government never really works since you need to have the confidence of investors. Quickly devised social programs that benefit one part of an industry and the expense of another will cause investors to flee. Nevertheless, the current situation now is very messy, given that the government has chosen to use faulty science, a lack of economic considerations and inappropriate forest inventory data for developing their new forest strategies and policies. This is really a shame to those forest product companies, workers and communities that invested in BC for decades as they will now be on the losing end of a number of socialized forest policy initiatives now being proposed.

For further details on all the recent BC forest policy announcements and other BC wood products industry analysis, as well as ongoing data updates on the BC timber harvest and sawmilling industry, I recommend the very insightful and useful newsletter, View From the Stump https://www.spartreegroup.com/view-from-the-stump. Newsletter extracts as well as past complete editions are posted. Or contact myself at russtaylor@russtaylorglobal.com and I can put you in touch .