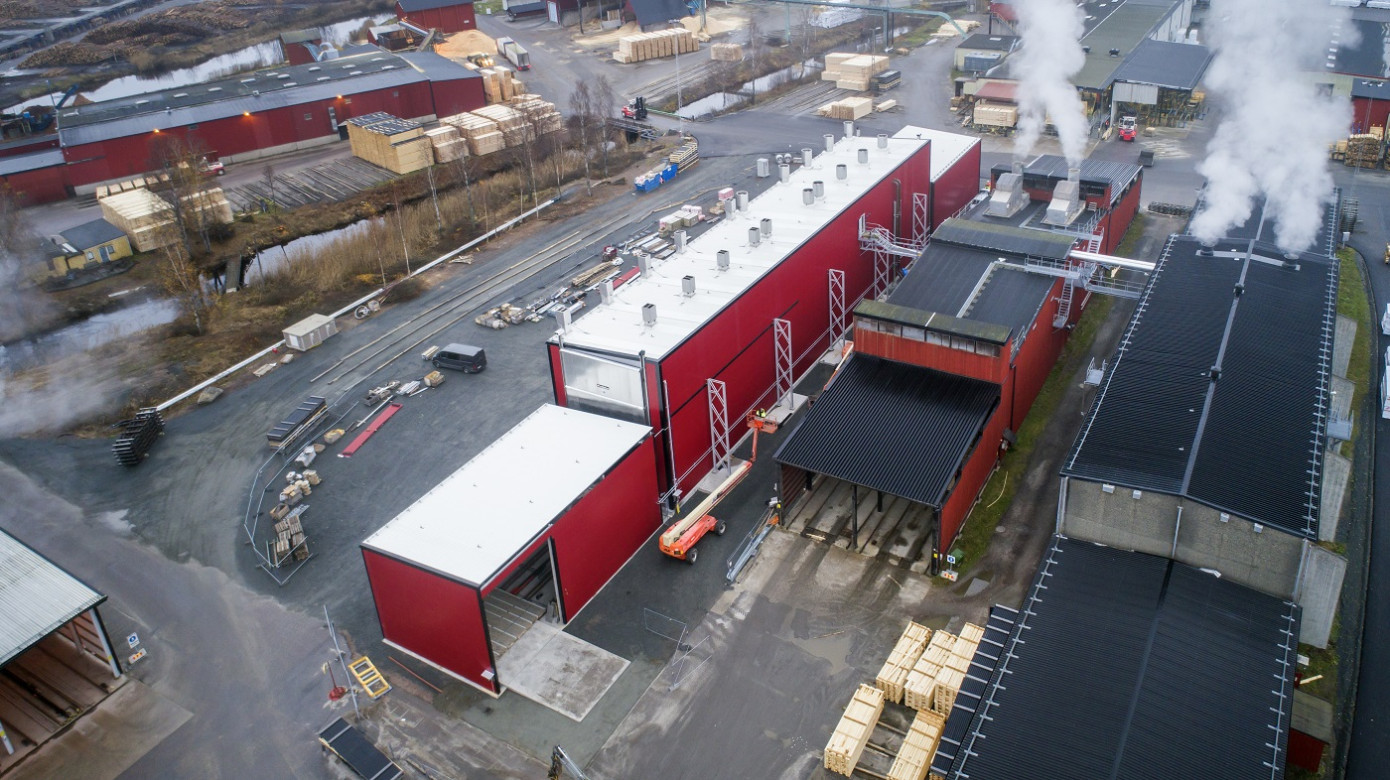 Setra invests in Valutec new TC wood drying kilns for sawmills in Heby and Hasselfors, Sweden. The kiln in Heby will begin assembly during the summer and in Hasselfors, assembly will begin in February next year.

The big improvement is in the way to control temperature and airspeed individually in different zones using integrated simulator technology. Thanks to its development, the sawmill can choose with a high degree of freedom the dimensions of the lumber to be dried, something that has not previously been possible in a continuous kiln.

Setra Hasselfors in Örebro County is a respected spruce sawmill established in 1908. In 2021, it produced approximately 345,000 m3 and the products are delivered to customers in Europe, the USA and Australia. The investment will increase the sawmill’s drying capacity by approximately 150,000 m3, which enables a planned production increase to approximately 500,000 m3. It will also be the first sawmill in Scandinavia with two TC kilns in one and the same sawmill.

Setra Heby was established in 1915 and 260,000 m3 was sawn in 2020. A large part of the production goes to Setra's CLT and glulam factory in Långshyttan but the sawmill also exports dried-down goods mainly to France and Germany.  The investment in a TC continuous kiln with a capacity of approximately 145,000 m3 is being made partly to replace older kilns and partly to increase drying capacity. With the new dryer in place, Setra Heby will have a drying capacity of approximately 320,000 m3.