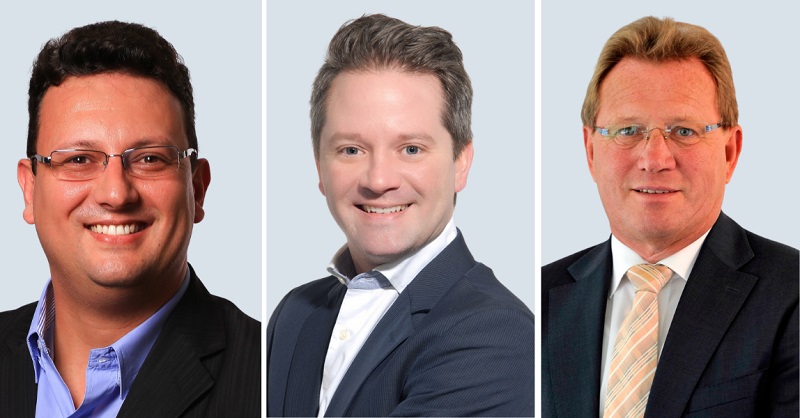 Siempelkamp has reorganized respectively expanded its South America team; includes passing on the "baton" from Werner Masnitza – still active as a senior consultant – to the sales team for South America.

In future, Werner Masnitza will contribute his tremendous experience in the South American wood-based materials industry as a senior consultant. The graduate engineer has been working for Siempelkamp since 1987 and in particular shaped the success in South America – first as a leading project manager, since 2002 as Sales Director Wood Division for the South American market, Spain, Portugal, and Italy. His expertise resulted in initial sales successes in Chile and Colombia, among others, and he also accompanied numerous projects in the entire South American market.

Two additional employees are dedicated to the task of providing customers in South America with support when it comes to investing in a new plant. Jonathan Parisotto, who has been working for Siempelkamp for four years, takes over the position of Sales Director Siempelkamp do Brasil Wood Division South America as local contact person. His experience is based on 14 years as a sales engineer or rather project manager for various industries. He is already familiar to Siempelkamp customers in South America as a contact person during the cooperation in numerous projects.

Daniel Hasemann has also been working for Siempelkamp for four years – he strengthens the team as Sales Director for Siempelkamp Maschinen- und Anlagenbau GmbH, Wood Division South America. After obtaining his engineering degree from the University of Hamburg, he directly entered the wood-based materials and furniture industry. As head of technical customer service and in the sales department of a mechanical engineering company he gained experience in a globally operating company, which he further expanded at Siempelkamp.