Some lumber specialty item prices increase
Trading Suppliers News Analytics Events Jobs Advertising Lesprom
In the week ending January 13, 2023, the price of benchmark softwood lumber item Western Spruce-Pine-Fir 2x4 #2&Btr KD (RL) was US$370 mfbm, which is up by +$18 or +5%, from the previous week when it was US$352 mfbm, said weekly forest products industry price guide newsletter Madison’s Lumber Reporter. 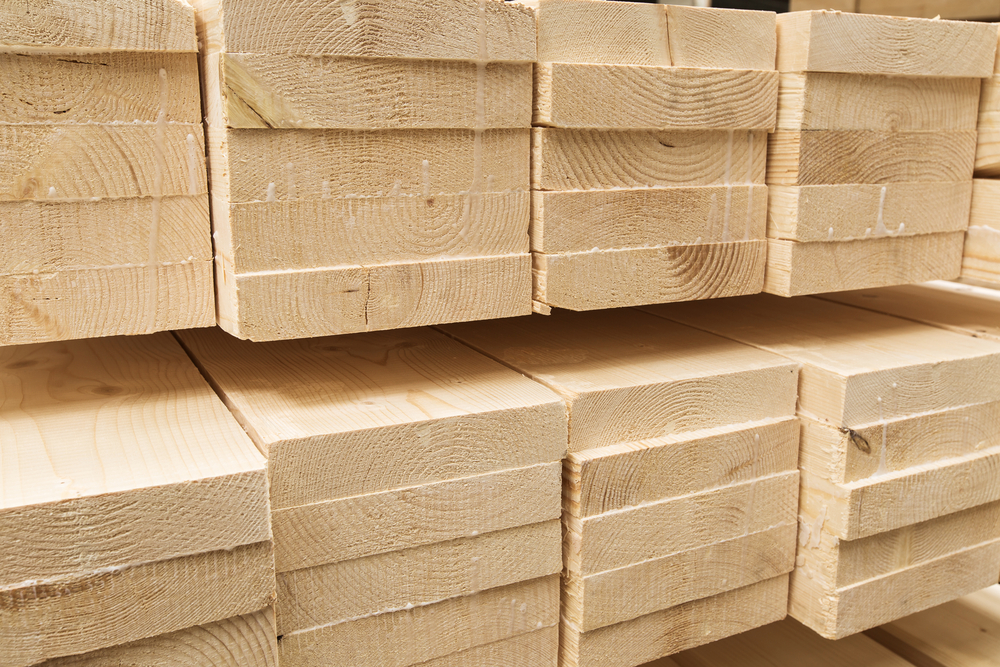 As January 2023 got going, while hardly a big rush, there was an increase in sales – and therefore prices – of several specialty lumber items in North America. Even benchmark WSPF 2x4s popped up a little bit, although  more due to significant supply being taken offline than growing demand. There were inklings, however, that customers are making plans for the looming building season this spring. While lumber sellers did spend more time fielding inquiries than actually booking sales of wood, there was a palpable increase in demand. It’s possible that an equitable supply-demand balance has been reached, and prices are starting to come up off the floor of the usually lowest time of the year. 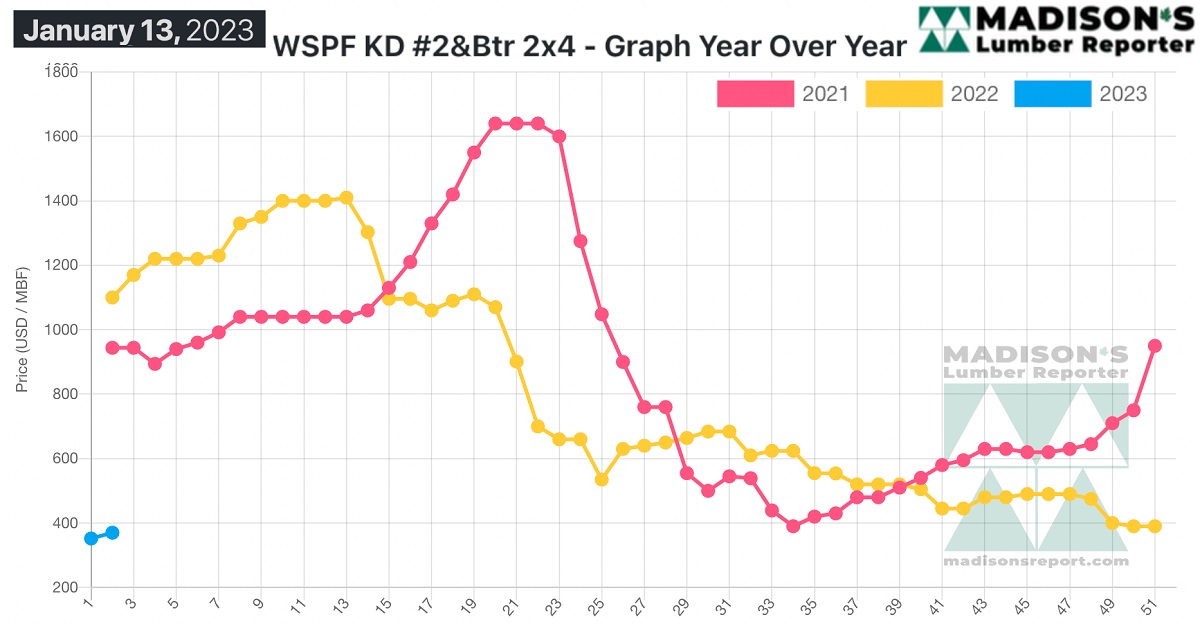 Ongoing and additional sawmill curtailment announcements, especially in British Columbia, helped keep current supply in line with demand. Sales of lumber and studs took a tentative step forward this week while demand for panels fell by the wayside. 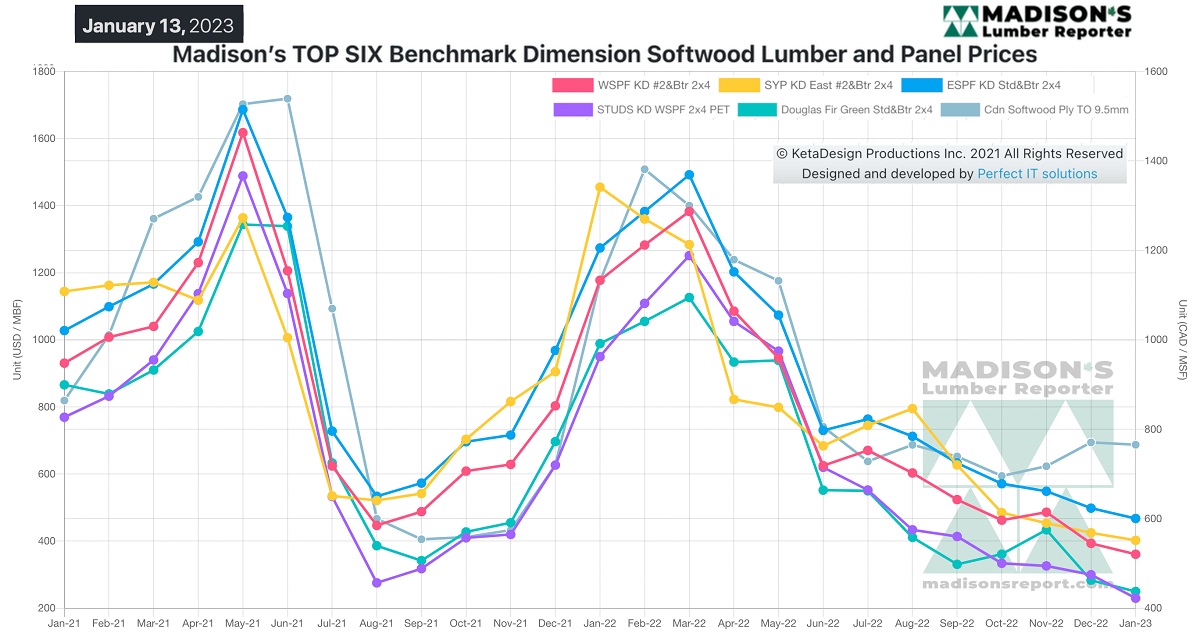 Purveyors of Western S-P-F commodities in the United States were cautiously encouraged by better demand. Production curtailment announcements from many large Western producers on both sides of the border generated tentative interest from buyers, while overall demand and takeaway remained subdued. Wonky, up-and-down price trajectories were puzzling to customers and most continued to sit on the sidelines.

The Western S-P-F market was hard to pin down according to suppliers in Western Canada. Some reports indicated a strengthening trend while others bemoaned a continued lack of demand. Print levels reflected that uncertainty; with several key items climbing a few points, falling considerably, or remaining flat from the previous week’s levels. Order files at sawmills were between one- and three-weeks out. Production challenges persisted in Western Canada.

Most Eastern S-P-F commodity prices continued to slump in the early part of the week as the market searched for consistently tradable levels. Sales activity was sloppy overall, but decent volumes were being dealt daily, according to Canadian suppliers. Sawmills cleaned up their supply on many items as the week wore on, establishing order files into late January and firming up prices on a few dimension widths and stud trims. Low grade offerings garnered steady demand and held firm in terms of pricing. Producers were encouraged by the apparently improving market and stayed focussed on selling and shipping current on-ground material rather than booking orders too far ahead and overextending their positions.